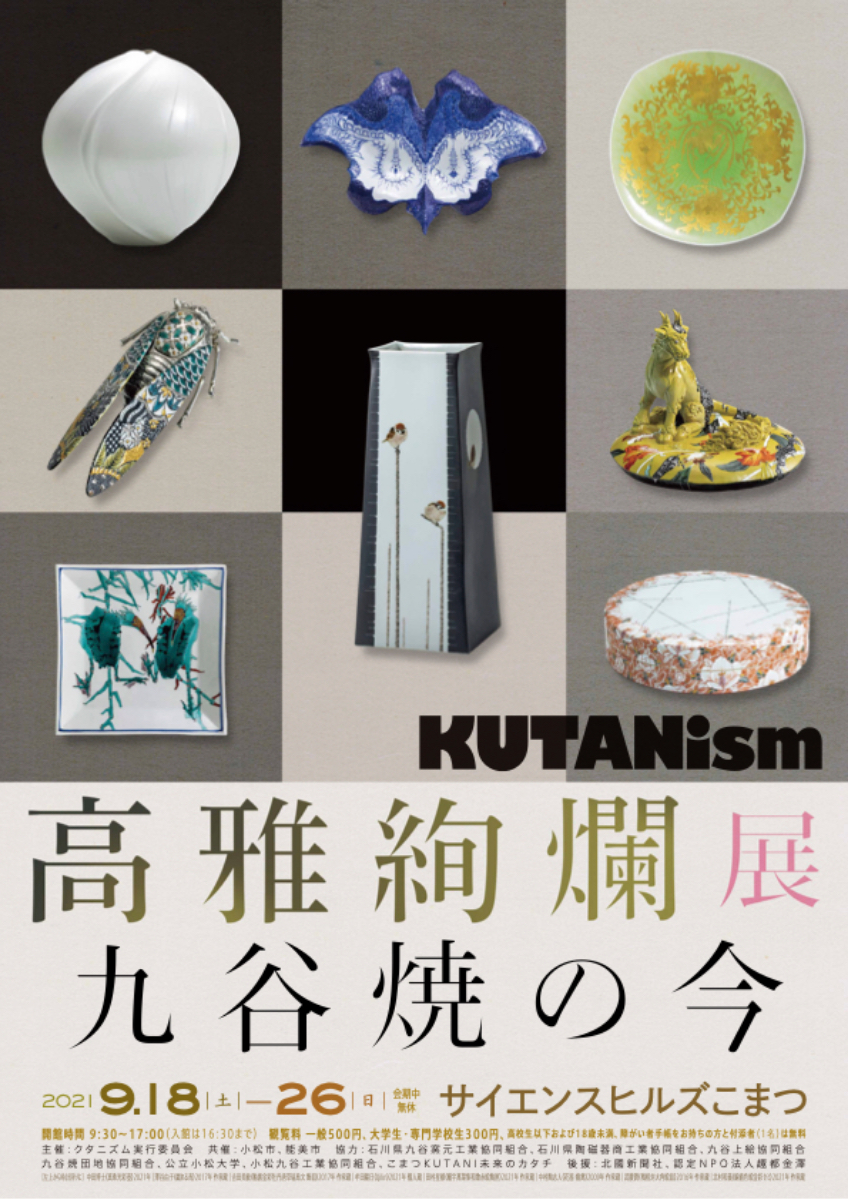 KUTANism, featuring Kutani ware and their production sites of Komatsu City & Nomi City in Ishikawa Prefecture. Part of the events for this year's third edition is the exhibition: "Elegance & Brilliance -Kutani Now-". A craft with a long history, Kutani ware is once again at the center of attention. Part of that is surely due to the craft's current prevailing shift towards extraordinary techniques such as akae saibyo. Yet, is one aware of the great diversity of other techniques that exist in the realm of Kutani ware? For example, gosaide, aode, kinrande, sometsuke, yurikinsai and many more. If you had to identify what all these techniques have in common, it would be their shared brilliance and beauty. The title of this exhibition, "Elegance & Brilliance" encapsulates the desire to convey that distinctive character of Kutani ware. It introduces the works of 40 artisans with ties to the Kutani production sites of Komatsu City & Nomi City. Enjoy the pitting of Kutani techniques among young and veteran artisans alike. 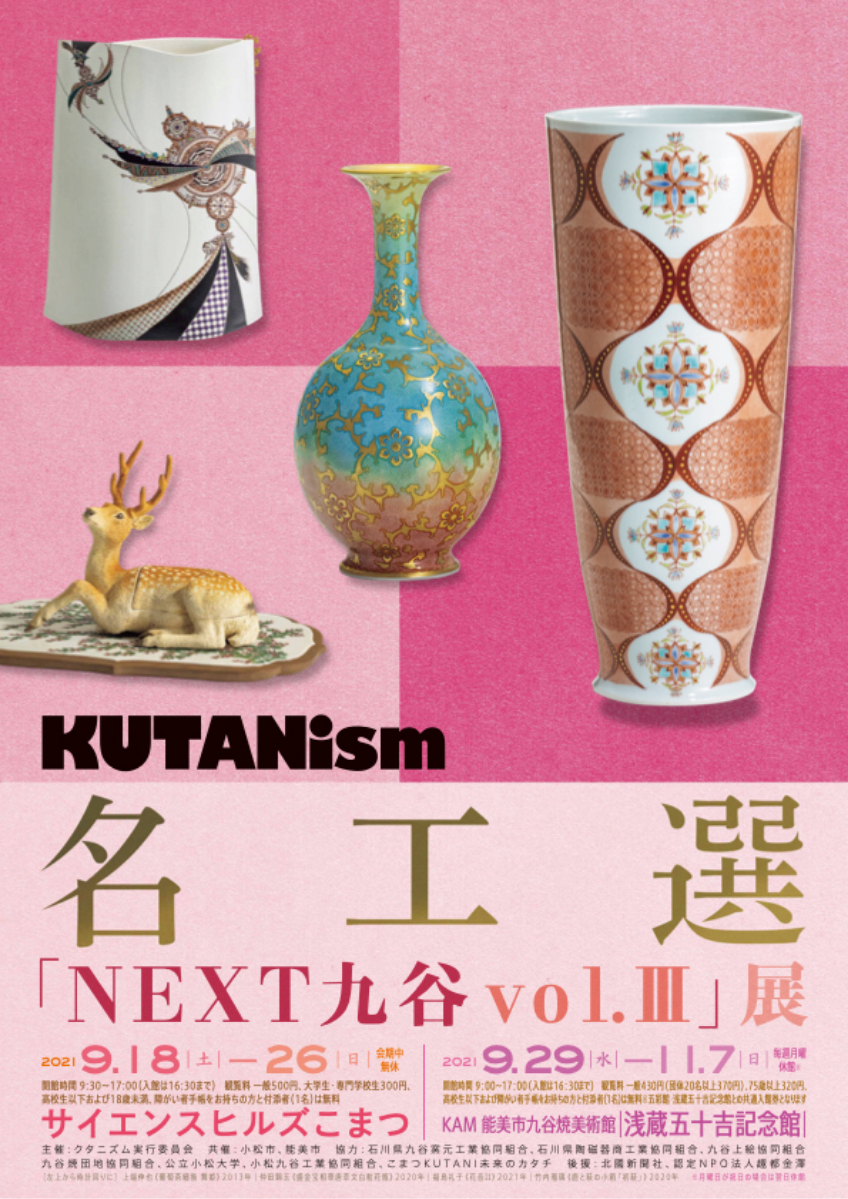 "Preface to “Techniques for creating individuality” From the ancient times, ceramics in our country have been developing with aspirations for ceramics of China. The roots of Kutani ceramics lie in OLD Kutani, but in its turn, we can see the roots of Old Kutani in five-colored Jingdezhen ceramics and three-colored designs of Huanan ceramics of Ming China. The artifacts found at the site of an Old Kutani kiln dating back the beginning of the Edo period were pieces of blue porcelain with carved flowers, pieces of white porcelain that were made from a mold, and pieces of colored painted porcelain with landscape designs and such. The artifacts at the site of the finalization kiln included a lot of pieces of multicolored porcelain. This means that Kaga ceramics, with the backup of Maeda lords, made an instant leap from earthenware and pottery to porcelain and colored painting, which was the most advanced technique in the world back then. New design techniques emerged in the late Edo period in the kilns that revived Kutani. New design techniques such as akae saibyō (red pictures with intricate detalization), kinrande (designs with gold on the red background, also known as akaji kinsai), and saisiki kinrande (multicolored designs with gold) were added to gosaite (five-colored patterns) and aote (blue-green patterns) of Old Kutani. After the Meiji period, even more elaborate techniques appeared, such as mōhitsu saiji (miniature handwriting), aochibu (blue dotted background), and hanazume (a multitude of flowers). Itchinmori technique (impasto) was developed further, and Modern times brought at once a multitude of gems of expression, such as kinshūte (embroidery-like technique), gyokushitsute (half-transparent white impasto), kakiotoshi (scrubbing), and yūri kinsai (underglaze gold foil). The variety of produced utensils also broadened, from pouch-like objects like flower vases, pots, and ceramic bottles, to plates and dishes for kaiseki food, tea ceremony utensils, and ceramic sculptures. The shaping techniques were also divided into many variations, including pottery wheel, hand-shaping, molding, foot bellows, casting, and so on. I would like to address the artists who on their shoulders will carry the Kutani porcelain into the future. I wish you all will inherit the Kutani techniques that have been carried up by your predecessors, and then to sublimate these and express your individuality creating the “NEXT Kutani”. Written by Sin’ichi Nakaya, director of Nomi Kutani porcelain Art Museum｜Gosai｜"